Epigenetics reveals that you can re-write your genetic heredity by changing the way you think.

Epigenetics – the science of genetics – has shown what we think and the words we use changes the structure of our cells impacting our health.  The thoughts you choose can literally rewire your brain and create disease or make you well.

By Rebecca Sanderson  – Director of The Mindset Clinic 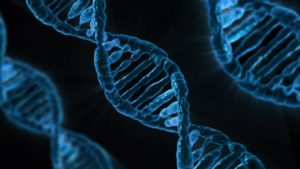 Rewirite your genetic heredity – change the way you think

Epigenetics is regarded by many as the most important new science in the world today. It’s the study of how environmental signals effect our genes.

The amygdala in our brain controls the release of stress hormones, when we allow our thoughts or the words we use to become negative we stimulate our fight or flight response. This makes it more difficult for the brain’s logic and reasoning processes to function normally and can create black and white or all or nothing thinking which can lead to depression and general dis-ease within the body.

Newberg and Waldman state, “Angry words send alarm messages through the brain, and they partially shut down the logic-and-reasoning centers located in the frontal lobes.”

Dr Bruce Lipton a stem cell biologist takes the complexities of epigenetics and makes it understandable. He can explain the science behind why beliefs and thoughts have such an impact on our bodies.

Through a process of enucleation (– the process of removing a cell’s nucleus, the equivalent of a cell’s brain) Lipton found that a cell could still function. This is an important discovery because it literally flipped the hypothesis that genes and DNA controlled the cells. He took identical embryonic stem cells and placed them in three different petri dishes to simulate 3 different environments. In the first environment the cells formed muscle, in the second they formed bone and in the third they formed fat cells. This demonstrated that the fate of the identical cells was determined not by genetics but by the environment. This led him to explore how environmental conditions effect gene expression. The reason this is so significant is that it means that people can rewrite the genetic heredity by creating environments where they can thrive.

“By holding a positive and optimistic [word] in your mind, you stimulate frontal lobe activity. This area includes specific language centers that connect directly to the motor cortex responsible for moving you into action. And as our research has shown, the longer you concentrate on positive words, the more you begin to affect other areas of the brain.

Functions in the parietal lobe start to change, which changes your perception of yourself and the people you interact with. A positive view of yourself will bias you toward seeing the good in others, whereas a negative self-image will include you toward suspicion and doubt. Over time the structure of your thalamus will also change in response to your conscious words, thoughts, and feelings, and we believe that the thalamic changes affect the way in which you perceive reality.”

Lipton’s  research within the field of epigenetics  shows that your mind, your thoughts, your attitudes and how you express yourself is really what determines your biology because your beliefs and how you perceive the world control your environment or your perception of the world around you. Your beliefs can therefore change your chemical makeup – IE your blood cells, which ultimately controls your genetics. This challenges the belief that genes control our lives and the types of diseases that we will get.

So can you really think yourself well? Yes. Because how you think changes your chemical make up – every time you have a thought you influence the way you feel, which in turn changes the biochemical state of the body.

Every time we make a thought we fire a set of circuits in the brain and body that release chemicals. The chemicals signal to the body to feel exactly the way we were thinking. If we have happy thoughts we feel happy, if we have angry thoughts we start to feel angry. In a matter of seconds we start to feel in relation to our thoughts. Once we begin to feel negative we start to think equal to the way that we feel and this in turn affects how we think which triggers a cycle of thinking and feeling.

The Mindset Clinic works with many people who are suffering with low self-esteem, anxiety and depression. We teach them techniques to help then change their mindset to a more positive one, we help them create new helpful beliefs so that they can start to thrive and we teach them how, through meditation, mindfulness and self-hypnosis they can fast-track themselves to health and wellness. It is very common when we work with clients for them to tell us how they don’t want to feel or behave but rarely do they give much thought to what they do want. When asked “so what do you want to feel/be/do/experience instead?” some have no idea! They have spent so long focussing on what it is they don’t want they often don’t know where to start. If you don’t let your brain know what you want then it can only focus on what you don’t want. And, as the saying goes, “you get what you focus on in life”.

* Results may vary from person to person