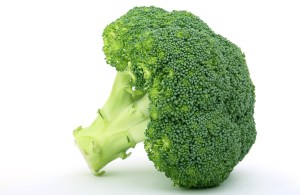 Do you have an irrational fear of something?

Do you have a phobia of broccoli?

By Rebecca Sanderson – Director of The Mindset Clinic

I recently received a call from a lady, lets call her Susan, who wanted help with her phobia of broccoli. Susan would run out of her work canteen if she saw broccoli being served. So intense was her fear that she had to avoid the vegetable section of her local supermarket. When describing her problem on the phone to me she had to say the word broccoli really quickly as it would make her shudder. Seeing an advert on TV or in a magazine would be enough to send Susan into a panic attack and emotional meltdown.

It can be hard for someone who hasn’t experienced a phobia to understand the true fear that grips someone when they have a severe reaction. The embarrassment of being afraid of something that other people think of as silly can cause someone with a phobia to start avoiding situations. But phobias defy logical and rational explanation to the person experiencing them.

What is a Phobia?

A phobia is more than a general fear of something. Lots of people dislike spiders, rats, public speaking, heights etc but a phobia can be described as an irrational fear of a specific object or situation that poses no real threat. Many people who suffer phobias go to great lengths to avoid confronting their fears. When faced with their fear they can experience overwhelming stress, panic attacks, nausea and emotional upset. Sometimes the fear may also be so intense that the person becomes angry and tries to flee the situation.

How do phobias develop?

Often phobias develop in childhood but they can form later in adult life too. Women are more likely to suffer than men.

Let’s take fear of flying as an example…

Fear of flying is one of the most common phobias The Mindset Clinic treats. But here is a list of the some of the more uncommon phobias that people around the UK suffer from:-

Omphalophobics are terrified of belly buttons. It could be their own or others. They are scared of touching their navel or other people touching it. Sometimes the sight of a belly button can send them into a panic attack.

Some turophobes are afraid of all cheese whilst others have a fear of particular variety like cheddar or gorgonzola. The fear may develop from a traumatic event where cheese was present. There is a Facebook group for turophobes but beware if you are one – the page has pictures of cheese on it;- perhaps not the best thought out idea!

Philophobia – Fear of falling in love or emotional attachment

Philophobia usually starts after a person has experienced some sort of emotional turmoil relating to love. It can cause a person to fear rejection and commitment. Philophobia affects a person’s ability to make close relationships and cause them to avoid relationships with members of the opposite sex. The fear can then start to extend to family members and eventually all people. The worst aspect of the fear of being in love or falling in love is that it can create reclusiveness and loneliness.

The word is derived from Greek pogon meaning beard and phobos (fear). Academic historian Alun Withey started running a three-year research project on the beard and its cultural history in the UK in Sept 2015. Sadly for pogonophobes Withey doesn’t see the recent trend in beards declining.

Pteronophobia – The fear of being tickled with feathers

Being tickled as a child is usually a fun and pleasurable experience. Some children beg their parents to tickle them because they love the feeling. But for some being tickled by feathers can leave a negative association with the experience that creates a feeling of being trapped and difficulty breathing.

Fear of seeing, thinking about or having an erect penis. Whilst this might cause a snicker or two, it’s no laughing matter for those who are ithyphallophobic. It can shatter sex lives and ruin relationships.  Ithyphallophobia can affect both men and women.

The fear of chins derives from the Greek word “genio”, meaning “chin” or “jaw”. Geniophobics can’t stop looking at other people’s chins and may even avoid interacting with people whose chins they consider as hideous or deformed. They may become introverts in extreme cases. Fortunately for celebs like Bruce Forsythe or Jay Leno there don’t seem to be too many geniophobics in the world!

Arachibutyrophobia is actually a made up phobia. The fear of peanut butter sticking to the roof of your mouth doesn’t officially exist but makes it into many phobia lists! It’s a clever play on words and was created by Charles M. Schulz for his famous “Peanuts” comic strip. However, that said it is possible for someone to develop a phobia or fear of anything.

The good news is that phobias can respond well to treatment. Self-help techniques like positive visualisation and gradual desensitization can be effective to reduce phobic responses but it is best to learn the techniques from a therapist trained in phobia treatment.

Anti-anxiety medication is sometimes prescribed but these meds only provide symptomatic relief and do not resolve the phobia.  Several therapies including Hypnotherapy, Neural Linguistic Programming (NLP) and Cognitive behaviour therapy (CBT) can all help treat phobias. Relief for phobias can be relatively quick under the guidance of a trained and experienced therapist. And, if you are wondering, Susan no longer fears broccoli!

If you would like to know more about The Mindset Clinic please email rebecca@themindsetclinic.co.uk

* Results may vary from person to person